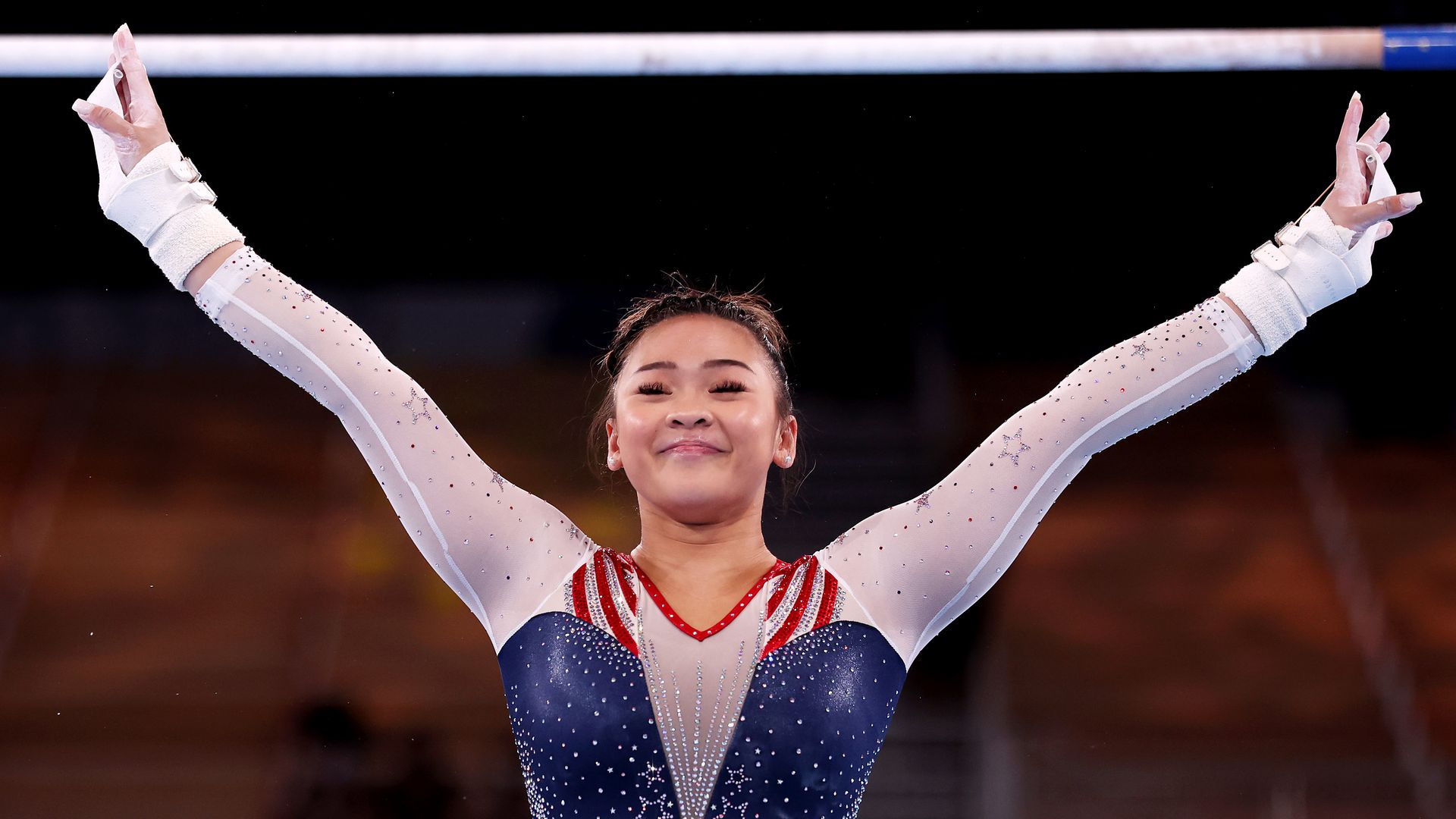 Lee, an 18-year-old Hmong-American from Minnesota, became the highest-qualifying U.S. gymnast for the all-around final after Simone Biles, considered by many to be the world’s greatest gymnast, dropped out of the competition this week. Biles cited mental health concerns in explaining her decision.

Lee is the fifth straight American to claim victory in the all-around Olympic final. Rebeca Andrade of Brazil won silver and Angelina Melnikova of Russia took home the bronze.

With a total of 57.433 points, Lee edged out Andrade, who became the first Latin American athlete to earn a gymnastics all-around medal. Lee’s spectacular uneven bars set ― the hardest one executed in the competition so far ― secured her lead in the final, according to The Associated Press.

Video showed Lee’s family and friends in Minnesota watching her soar to victory, with dozens screaming in delight when it was clear she was going to take home the top prize.

″[T]he people i do it all for,” Lee wrote in a tweet that included video of her loved ones’ reactions. “I LOVE YOU ALL.”

LAKE BUENA VISTA, Fla. (AP) — The biographical blurbs about competitors in the Scripps National Spelling Bee include a litany of other interests, from sports to musical instruments to science competitions to Indian classical dance. Scripps’ motivation for sharing...
Read More
Comments